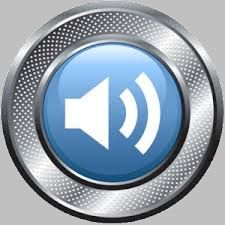 For the people of Iman, this night is also a very big gift and reward from Allah. Allah has reserved so many virtues and blessings in this night, and so much forgiveness also – a limitless amount has been conferred on this night. This is the night of Muzdalifah and it is also the night preceding Qurbani; Hajj is progressing, alhamdulillah, and the days of Tashriq have started - this night combines all of this light.

And in addition to this, today is also the night of Eid – and what deed has Allah ta’ala preferred for this time? It is the Dhikr of Allah! It is stated in Hadith that, especially on this night of Eid, according to the clear words stated in the Hadith, on the day when everyone’s hearts will die, Allah will keep alive those who remember Allah on the night of Eid – and the day being referred to is the Day of Qiyamah. So alhamdulillah, this is a Ni’mah and a reward that we have attained through sitting at the feet and acquiring the connection with the pious predecessors; through this, Allah ta’ala has given us the ability to do His Dhikr on this great night.

But remember one thing always, namely that Allah subhana wa ta'ala likes those believers, both men and women, who, after attaining the Ni’mahs of Allah ta’ala, are grateful to Allah and show that gratitude. But some people become ungrateful after receiving such great Ni’mahs. For small excuses based on minor issues, they disregard and shun this Ni’mah and turn their faces away from it. This gives no loss to Allah, but all the rewards and Ni’mahs that Allah ta’ala had given to them come to an end. So remember that the Ni’mahs that Allah ta’ala has given to us are only there because of our connection to the friends of Allah – hence we should value this. Who else gets this in their destiny? Allah has promised these rewards through keeping the company of His pious servants, because that Sohbat is so great that Allah has promised that whoever sits in that person’s company will never lose out; they will never be at a loss. So you can see what a great Ni’mah from Allah this is – otherwise, who could sit on a night like this doing the Dhikr of Allah?

So brothers, my advice to you is that you should always value and appreciate this, and control the Nafs. Don’t follow your Nafs, but rather assign your Nafs to the Sheikh, and then act according to whatever the Sheikh instructs, because otherwise the Nafs will never be improved or corrected. Unless you hand over your Nafs into his hands, it will never be improved or rectified. You will do Ibadah according to your own desires and you will fall into Takabbur and Riya, into pride and pretence, and then ‘Ujub, arrogance and self-love, will set in. On the other hand, if you do your Ibadah according to the selection of the Wali of Allah and stop where he says to stop and move where he says to move and sit where he says to sit, then alhamdulillah, your Nafs will start to be reformed and improved.